Plush Medical Spa is pleased to report that Merz Asthetics, makers of the wrinkle-filler Radiesse, gained FDA approval in 2011 for the cosmetic use of their brand of Botulinum Toxin, XEOMIN (pronounced (ZEE-oh-min).

Our own Dr. Amanda Bell is one of the US physicians selected by Merz to be one of the first to try Xeomin in their practice. "I'm very excited to be one of the first to offer this new neuromodulator in Alabama", says Dr. Bell. "In theory, Xeomin® is less likely to cause resistance or allergic reactions, and it's always good to have more options when treating patients." This now brings the number of neuromodulators approved for cosmetic use up to three (Botox®, Dysport®, and Xeomin®). Dr. Bell goes on to explain that Xeomin® does not have an extra protein that the other two products have, making it potentially a great option for those who have developed some resistance to the other products over the years. When resistance develops, it is usually due to antibodies against these proteins.

The drugs (Botox®, Dysport®, and Xeomin®) are injected directly into the muscles through a small needle. By weakening the muscles, dynamic wrinkles disappear, as they are unable to fold the skin above them. The benefits of treatment with Xeomin usually last 3-6 months.


Like Botox and Dysport, the other botulinum toxins offered at Plush, Xeomin was first approved for patients with neurological disorders, specifically cervical dystonia and blepharospasm.Widespread clinical use will lead to a better understanding of the practical differences between Xeomin vs. Botox, and Xeomin vs. Dysport.
Like other preparations of botulinum toxin A, Xeomin must carry a black box warning regarding a rare risk for spreading outside of the injection site. If this occurs, life-threatening swallowing and breathing problems may result. However, these severe side effects have not been reported in patients receiving botulinum toxins in cosmetic doses and have only been reported in people receiving much larger doses, as might occur during the treatment of those with cerebral palsy or spasticity resulting from stroke. 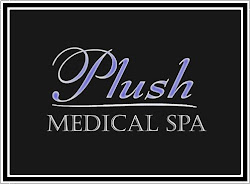